When do we use social pressure and when do we use law to influence people’s behavior? There are those who say society shouldn’t  judge individual’s conduct or lack of action. “It’s okay if you don’t want to do that.” “Whatever you are comfortable with.” “If that’s not your thing, that’s okay.” These are broad and general statements. Of course we have our criminal laws for murder, rape, robbery, assault and breach of peace, amongst other offenses. That is as it should be. For those offenses the state may imprison or fine an individual or both. But what do we do in civil matters?

Over millennia, society has used societal norms to encourage, cajole and shame individuals to adhere to society’s rules. Some of those rules are translated into criminal laws. At one time we had capital punishment for stealing a horse? Perhaps a horse was another individual’s livelihood and their sole possession. To steal the horse would be to take another person’s livelihood. Our country also had state laws that made it punishable by death to teach a slave to read or write. We have altered and amended our laws. But how about our societal norms? What role should those norms play? As our economy and standard of living evolve, so do our values. This has brought about a tension between the existing norms and pressure to change those norms. A recent change has been who may marry, from being between a man and woman to as being between two loving individuals.

There has been a tension over society’s expectations of a man and woman when they conceive a child. Decades ago there was pressure on the couple to get married and raise the child together. It was not as important whether that is what the couple wanted to do, but rather is was the right thing to do. The rearing of children is important to society. It is harder to raise a child or children alone than as a couple. Today, single mothers with children are a fast growing share of those in poverty. When the man does not stay around to be a father to his children, it is empirically more difficult for the mother and particularly the children. We do not need to cite particular studies to know that the emotional health, physical health and academic achievement of children in intact families consistently exceeds that of broken families. We know this but what are we doing about it? We also know that in the City of Chicago, that 762 young men, mostly of color, have died a violent death in 2016, with over 3,500 shootings. When a violent death is the leading cause of death for young men of color, something is wrong.

Can we agree that that outcome is wrong? But what do the “non-judgmental” people propose? More of the War on the Family, which has also been known as the War on Poverty? A War that has decimated the intact family in the inner city and in the poorer communities in the country that were the benefactors of the War on Poverty. See “The Case for National Action, The Negro Family,”  also known as the Moynihan Report of March 1965.

So if a man begets a child, but he does not take responsibility for his child, what should society do? The old values of society were to pressure the man to take responsibility for his actions and for his child and take care of him or her. If the young man did not take on that responsibility there would be shaming, as the work and resources necessary to raise a child would be left with the mother,  her family and society. We know that there are countless strong mothers who have borne this burden in the past and do so today, for whom we are forever grateful. We also know that it is hard work and a helping hand by the father would make the load lighter and the lives of the sons and daughters brighter.

We can recognize that as a society we have failed to give stronger public education to our your people in disadvantaged communities. We have also failed to have a stronger economy with jobs for our young people. This makes it hard for a young man to take responsibility for his child. And here is where the magic trick comes in. Where the judgmental society of old would not place this young man in prison for failing to pay money towards his child, the “non-judgmental” segment of society has no problem putting this young man in jail for failing to pay towards his children. So the “non-judgmental” people will take your liberty, but the judgmental society did not take your liberty. So who is more ready to use the apparatus of the state to imprison someone for a civil wrong? We do not imprison someone who has fallen behind on their mortgage or car payments. Debtor’s prisons existed once, but have long ago been disbanded.

Where is the line between civil and criminal penalties? Should we discuss this use of state power by the proponents of “no judgment?” 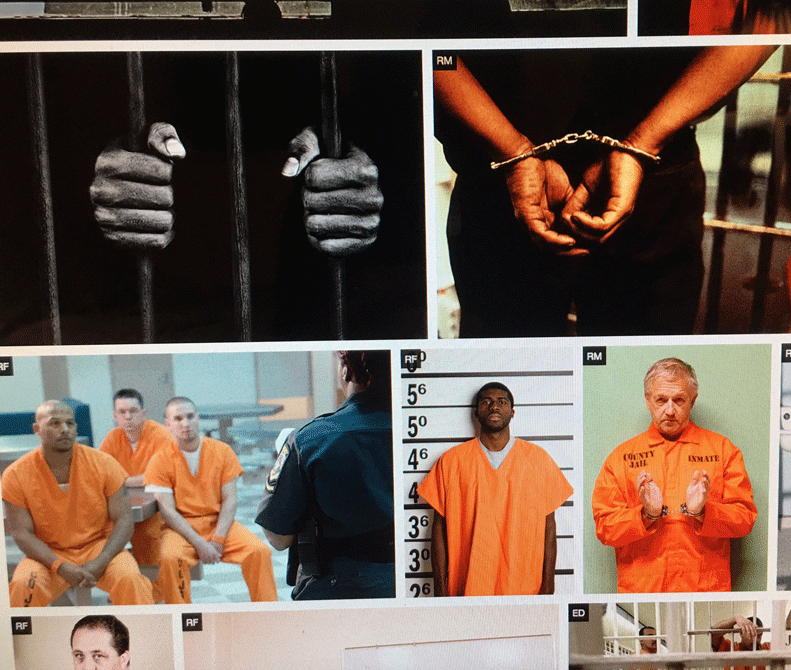