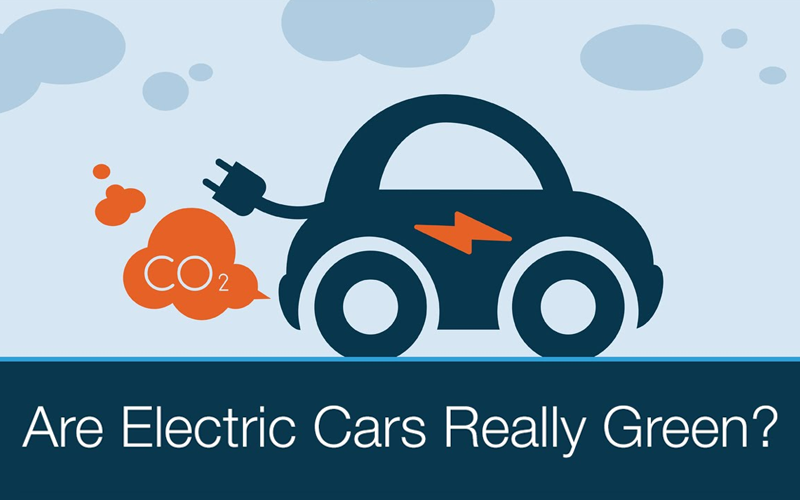 Who doesn’t like the environment? It is vibrant and rewarding to spend time outside. It is good for the soul. And quite frankly, we need a healthy environment for our children’s future and our future. Yet it seems that environmental policy is to be exercised by other people and the costs imposed on other people. While some might say they are for a cleaner world, their individual actions show how hard it is for many of us to alter our lifestyles. It seems that some people would pay the esteemed Sierra Club $30 for an annual membership and receive a membership sticker. You then place the sticker on the bumper of your SUV and your conscience is now clear as you have told the world how much you love the environment.

So as much as we might say otherwise, how do we act on a daily basis that may consume more energy and resources, contrary to our public positions:

-Do you buy a single serving cup of coffee, which requires a disposable cup and a detour to the coffee shop, as opposed to making it at home and taking it with you.

-Do you buy a single serving salad with a wonderful plastic bowl and top? Again you have to make the special trip and often your salad container may not be disposable.

-Do you drive with air conditioning on in your car? That increases the amount of fuel that you burn.

-Instead of just cutting your grass, do you also use a blower to make the yard look even more perfect? Well that is extra carbon produced.

-Do the foods that end up at farm-to-table restaurants have a higher carbon footprint because there is more human activity involved in making that potato or vegetable versus those produced by agri-business?

-Do the products available at specialty retailers, such as Whole Foods, require more carbon per item because they are fancy and received more individual handling and packaging?

Are you living a less carbon intensive life or are you passing legislation to make other people’s lives more expensive in the name of the environment?

And then there is the impression that environmental policy is an insider’s game. The Hartford Club in Connecticut, that runs the state for the benefit of the members of the Hartford Club which are the employees and pensioners of the State, the elected officials of the General Assembly and State Senate,  the Governor, the judiciary and anyone who has a contract with the state or can get one with the state. Likewise, many goodies are delivered by the Washington Club to their friends. And if you are not a member of the Washington Club, you will likely be on the outside and faced with higher taxes or cost of goods or services. Take for example the poster child of the Washington Club: The Tesla automobiles.

On the western end of Connecticut, in Greenwich, there are quite a few Tesla’s driving around. As cars, they are supposed to be very fast and smooth. The owners have a very satisfied look on their faces dashing about in these government subsidized vehicles for millionaires. The Model S starts at about $70,000 and can easily make it up to $100,000. The Model X starts at about $84,000. These are not cars that ordinary citizens can afford. In addition to a $7,500 federal tax credit given for each car purchased, Tesla can sell “zero emission credits” in Calfornia of $20,000 per car. The big automakers, such as Ford, General Motors and Toyota have to buy these credits for the electric cars they don’t make according to a National Review article from 25 January 2015. According to the article, each Model S represents $30,000 in governmental subsidies. Even if it was just $7,500 for each car, it is obscene and a sign of the Washington Club culture that subsidizes a car for millionaires and makes it more expensive for regular people to buy a Ford Fiesta or Chevy Sonic. This is coupled with the fallacy that an electric car does not burn fuel. Of course it does.

“There are pros and cons to each type of energy Billy. For example, natural gas, oil and coal emit carbon pollutants. Natural gas tends to be the cleaner of the three and it’s price has come down significantly because of something call fracking. Then there are nuclear plants that don’t emit any carbon pollutants but do create a radioactive waste product that we haven’t figured out how to store yet. The dams alter the ecology of the rivers that they dam up. The huge dams like the Hoover Dam end up sending very cold water down the river, which is unlike what was there before the dam. Wind turbines are being expanded but they were estimated to kill half a million birds including golden eagles, according to Darryl Fears, in the Washington Post, 28 August, 2011. Many more birds are killed by high power lines and flying into windows, but that number of birds killed will increase as more turbines are built. And they are not so pretty on the ridge of mountain ranges or just off your swimming beaches. In addition, solar power plants were found to not produce electricity at night or very little during inclement weather so there has to be an alternative to it during those times.”

“So Billy, if you drive a Tesla in Connecticut, you would be burning natural gas about half the time, nuclear power 45% of the time and other sources about 5% of the time. So I don’t see why they feel so proud of themselves? It should actually be an embarrassment of how much each millionaire uses in subsidies to drive a very pretty car that burns natural gas and nuclear power in Connecticut and coal and oil in other states?”

This lesson does not just apply to the politically privileged Tesla, the same can be said for the solar subsidies that apply to people who put solar panels on their roofs. The homeowner, who by definition is already in a better economic situation than the non-homeowner, can have solar panels put on their roof. When the sun shines, they can redirect their electricity back into the grid and be compensated at retail rates, which are higher than wholesale rates. Renters end up paying higher electricity rates. The utility has to have the capacity to serve all of their customers, even when it is night and when there are five overcast days in a row in January. The renter has to pay to make it work. This is inequitable and a form of the favor mill.

Sometimes the elites say that we must make sacrifices for the environment. Yes, we should run a cleaner economy but we should also balance the impact of a more restrictive regimen that may not deliver the promised benefits, on people with fewer economic resources. As I like to say: they don’t gots what you got. Since they may already be operating close to the edge of their finances, there is not necessarily a cushion to absorb higher heat and electricity costs or to get food on the table. While some go about having daily stops at Starbucks for a fancy coffee and at Chopt for a delicious salad, whilst driving about in air conditioning, it is presumptuous to then impose restrictions on people who don’t have as big a carbon impact by slowing the economy down and making it harder for them to earn a living. I hear people talking about doing something for the environment, but I don’t see them doing it in their own lives. Rather I see the imposition of rules on other people.

It seems that environmental awareness in consumption and lifestyle is for other people, it is rarely for the people proposing it. You should live partly what you preach. This is but a sampling of how it is not convenient to live an environmentally conscientious life and yet it is easy to impose rules on other people.

As we are on the environment, much has been made of President Trump withdrawing us from the Paris Climate Accord. The treaty would have started to restrict U.S. energy policies now and will have allowed China and India to continue their growth and the installation of more coal fired power plants into the 2020s. The United States is already suffering economically and needs to create more jobs for its citizens. And then it has been suggested to look to China for “leadership” in the absence of the U.S. One should stop and look at the nature of the country the Fourth Estate, the Press, is suggesting would take on such leadership. China is ruled by the Chinese Communist Party. The Chinese Communist Party has never stood for free elections. The party lacks legitimacy. Then when you consider the unhealthy air and water in many Chinese cities and the lack of potable drinking water for millions.  It doesn’t look like a very good example. China must have a good press relations team or willing, fellow travelers and useful idiots. Considering he carcasses of 16,000 dead pigs polluting the drinking water of Shanghai, environmental leadership does not come to mind.

How does “environmental policy” work in China? Let’s consider the City of Tiayuan, China, which enacted a rule that all local taxis be all-electric by 2021. How nice. Tiayuan is in China’s coal belt so the electricity for those electric cars will be generated by pollution belching Chinese coal plants. This favors Chinese coal versus U.S. petroleum now being exported to China, which creates U.S. jobs. So electric cars running on electricity generated by Chinese coal plants is not leadership.

In addition, the Chinese have dammed the Yangtze River near the Three Gorges portion and are generating electricity there. The area behind the dam is now a fetid morass of pollution. It is beneficial to the world that all this untreated pollution with cadmium and mercury may be partially caught in the silt above the dam versus being flushed into the ocean. Disregarding that millions of Chinese are without potable drinking water, it is an environmental disaster and part of the unguarded development in that country. China is no environmental savior.

And we should not ignore the degradation of the oceans by China via plastic bags and other plastic debris. According to the International Business Times, in 2010 8.8 metric tons of plastic were discharged down Chinese waterways into the ocean compared to .28  metric ton for the United States. That is 31 times as much for a smaller economy. They projected that would rise to 17.8 metric tons for China by 2025.

The Paris Climate Accord

In order to find a way for the United State of America to stay within the Paris Climate Accords, yet not sacrifice our national interest, I propose the following:

“Whereas, we support sustainable policies to nurture and protect our environment both here and abroad;

“Whereas, we would like to see the objectives of the Paris Accord towards a balanced environmental policy and carbon output, realized;

“Whereas, the Paris Accord provides no tools to prevent China and India from adding as many coal burning power plants as they wish or washing as much plastic debris and chemical waste into our oceans:

“Now therefore; the United States of America will abide by the Paris Accords so long as no law or regulations will: