In high schools across the country, advanced placement courses are offered to high school students. The AP courses are harder than regular classes, and if a student can obtain a certain minimum score on a test administered by the College Board, they can receive college credit for the class. There are a slew of subjects available, such as biology, chemistry, physics, European History, French, Italian, U.S. History, etc. At the present time, the Greenwich High School uses a textbook for U.S. History that gives a pro-Soviet-Russian take on history since Vladimir Lenin seized power in October, 1917. This October, 2017 will be the one hundredth anniversary of that counter-revolution against liberal democratic values and the imposition of the communist dictatorship on the Russian people and those trapped under the Soviet jackboot.

Overall, the textbook commits the error of “presentism,” throughout. Presentism, is the use of today’s values to judge societies from one hundred, two hundred and two thousand years ago. We do not expect the Greeks, Egyptians, Romans, Ottomans, Chinese emperors to exercise the values of today when they ruled then.

The “AP” U.S. History book is so inaccurate in it’s omissions from 1917 forward that President Vladimir Putin, a former KGB agent with the Soviet Union, would be proud.

When I was in college, “revisionist history” was Soviet apologist history. While the Iron Curtain that fell across Europe under the boot of Soviet occupation after World War II was rightly lain at the feet of the imperialistic Soviet Empire, communist and communist sympathizing “historians” re-wrote history to say that the Cold War was the fault of the West. This ignores the hell that communism has been from last century to this century. The slave labor gulag, as methodically dissected by Alexander Solzhenitsyn in three thick volumes of the Gulag Archipelago, was a communist invention. Twenty million Soviet citizens were starved and murdered by their own government. Forty million subjects of Mao’s Communist party were also starved, tortured and executed in the name of socialism. But you would hardly know this from the AP U.S. History textbook. It is too charitable to call the statements and omissions in the AP U.S. History textbook as revisionist. It should more accurately be called “Soviet-Russian Revisionist” history.

The convenient explanation is: “Oh, we are studying U.S. History, we can’t spend too much time on events outside of America.”  Yet the textbook steers clear of the horrors visited on people outside of the U.S. by communist governments.

Communism is the rule of man as it goes into the Dictatorship of the Proletariat, which is “maintained through the transition period from capitalism to socialism as essential to the building of socialism.” Political Terms A Short Guide, Novosti Press Agency Publishing House, Moscow, 1982, page 25. (This is one of numerous propaganda books I picked up while in the Soviet Union in 1985.) It is headed by a Marxist-Leninist Party. “This rule is called a dictatorship because, . . ., it may use force to suppress the resistance of exploiting classes and the activities of elements hostile to socialism.” Id,  page 26. (emphasis added.) Please note the focus on “classes.” There is little warning in the Greenwich High School AP U.S. History textbook that “class” based political parties in the Twentieth and Twenty-First Centuries have been the bloodiest and most deadly to it’s own people and are the furthest thing from democratic as an American would understand democratic.

The historic facts that the textbook omits to protect it’s Marxist-Leninist slant, are numerous. Let’s just touch on a few:

a) According to Marx and Engels, communist revolution was theorized in the late 1800’s to come first to advanced, industrialized nations such as Germany, England, Belgium, France or the United States. It would not come to Russia, which was far from an advanced industrial nation in 1900. But as most communists want the power to determine who lives and who dies, Lenin published “What is to be Done” in 1905. It was a political treatise on how a revolution in a backwards country like Russia could trigger revolution in the more advanced industrialized nations. This would justify Lenin and his followers seizing power as soon as they could without waiting for revolution to occur first in the advanced, industrialized countries. By 1917, Lenin was getting older, as we all do over time.

b) In February, 1917, under the stress of World War I, the Tsar abdicated and the Provisional Government took over. It was a liberal democratic regime. Lenin was in exile in Switzerland at the time.

c) Lenin and the Bolsheviks overthrew the Provisional Government in Petrograd at the end of 1917. Tsar Nicholas II and his family and servants were arrested and held by the Bolsheviks. The Tsar, his wife, his children and his servants were brutally murdered by the Bolsheviks on July 17, 1918, first with bullets and then with bayonets for some of the children. Yes, the class based government of workers, soldiers, sailors, peasants and students murdered the servants, the Tsar’s wife and their children. This is not touched upon by the textbook. Consider that Lenin was free to own a rifle and hunt while he was in exile in Siberia in 1897-99.

d) In March, 1921, after a few years of civil war and Bolshevik control, the soldiers and sailors of the Kronstadt naval fortress outside of Petrograd, revolted and made demands on the Soviet Government for:

– New elections for the Soviets by secret ballot,

– Freedom of speech and the press,

– No political party should have an advantage for propagation of its views or receive state resources to give it advantage,

– Freedom for peasants to control their own soil,

Lenin’s government suppressed the Kronstadt Revolt by force of arms and killed hundreds. 1,000-2,000 were executed after the revolt, others were sentenced to the gulag prisoner camps.  The fortunate were able to flee over the ice to Finland. But you won’t read in the GHS textbook how the first worker’s government crushed and executed it’s own sailors and soldiers, “hero’s of the Marxist revolution.” 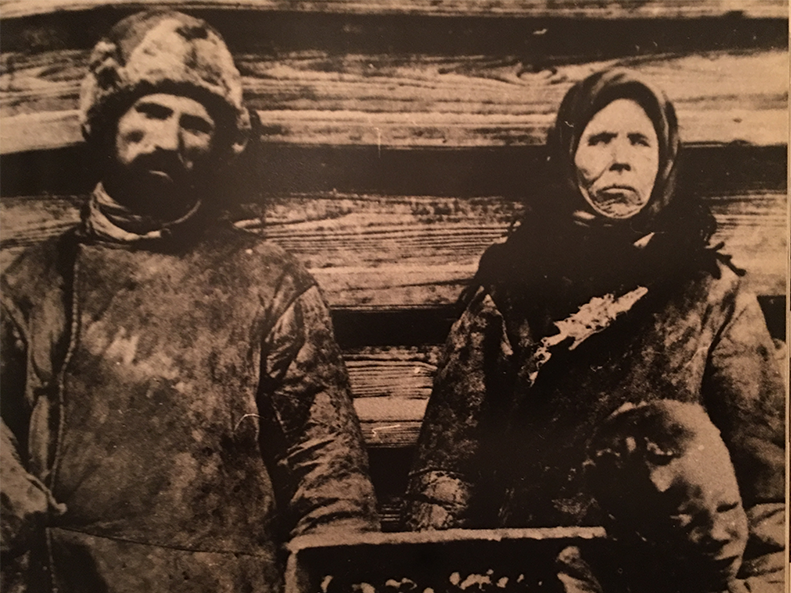 e) You won’t read of the Green Revolution in the Ukraine in the 1920’s, that was brutally repressed by Lenin and Trotsky, or the withdrawal of food from the Ukraine to starve millions of Unkrainian people into submission to the Russian communists. And now Russia’s surrogates are back at it in the Ukraine again.

f) When approaching the start of World War II on September 1, 1939, you read briefly of the Molotov-Ribbentrop Pact on August 23, 1939, that guaranteed the outbreak of World War II by National Socialists Germany against Poland. Nowhere will you read that on September 17, 1939 the Soviet Union stabbed Poland in the back and invaded it without declaration of war. Nowhere. The Soviets were allies of the Nazis.

g) You won’t read of the class, based murder of 20,000+ Polish military and police officers, professors, doctors, intellectuals by the Soviet Secret Police seven to eight months later in Russia and then buried in mass graves in the Katyn Forest.

h) You will not read that the Soviet Union invaded Finland on November 30, 1939, only three months after the start of World War II. The Winter War lasted until March, 1940. But you will not read of this aggression by a Communist country in the textbook nor of the Soviet Union’s consumption of Latvia, Lithuania and Estonia in 1940 by Soviet Russia.

j) Yes, the Cold War was a product of communist control of Eastern Europe and the suppression of rights and citizens in its occupied territories. It is not mentioned that the many of the Soviet soldiers who occupied Eastern Germany were sent on to the Soviet gulag on returning to the Soviet Union. Consider Alexander Solzhenitsyn, who was briefly captured by the Germans but then escaped during WW II. For this, Solzhenitsyn was sent to the gulag . Yet the textbook will not quote the Gulag Archipelago books to reflect the hell that is communism. 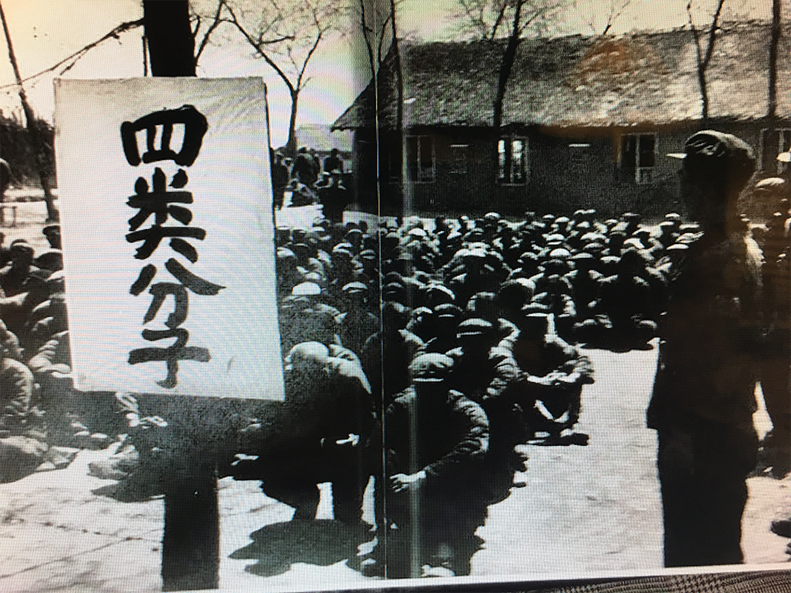 k) Mao Zedong brought his communists to power in China in 1949. During his dictatorship until his death in 1976, at least forty million Chinese and non-Chinese subjects were starved and murdered. This is given passing reference in the textbook. Why is Stalin’s comment that one death is a tragedy and yet one million deaths are a statistic, not treated by the textbook? 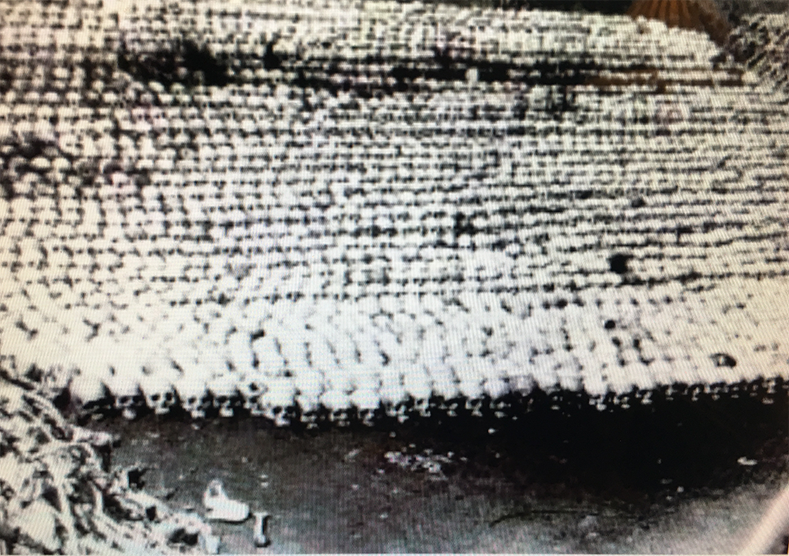 l) You can’t even find Pol Pot or the Khemer Rouge or the Killing Fields in the GHS textbook? It is merely a skirmish that the Vietnamese stamped out. The Khemer Rouge murdered and starved approximately 40% of the country, three million people out of seven million people. The “Killing Fields” are not mentioned in the textbook. It was enough to wear glasses to indicate that you could read to be killed. A plastic bag over a person’s head was cheaper than a bullet under the Khemer Rouge.

m) The book fails to point out the 65 year dictatorship on the island prison of Cuba since 1959, by one man, Fidel, and his brother Raul. The textbook does not ask, whether his island prison could have held if it had not been an island where people could run away?

n) The textbook does not go into the hell that is North Korea or how the North Korean Communists are all about the purity of the Korean people’s blood.

o) You will find plenty of information about Eugene McCarthy’s tactics but you will not find the name of Alger Hiss. Alger Hiss was a communist high in the State Department under President Franklin Delano Roosevelt. What Adolf Hitler and Foreign Minister Joachim von Ribbentrop could not deliver to Stalin in their 1939 non-aggression pact, Alger Hiss was able to deliver to the Russians at Yalta, one third of Poland’s land.

p) The fantasy that Julius and Ethel Rosenberg were not Soviet spies passing nuclear secrets to a Communist dictatorship is floated. 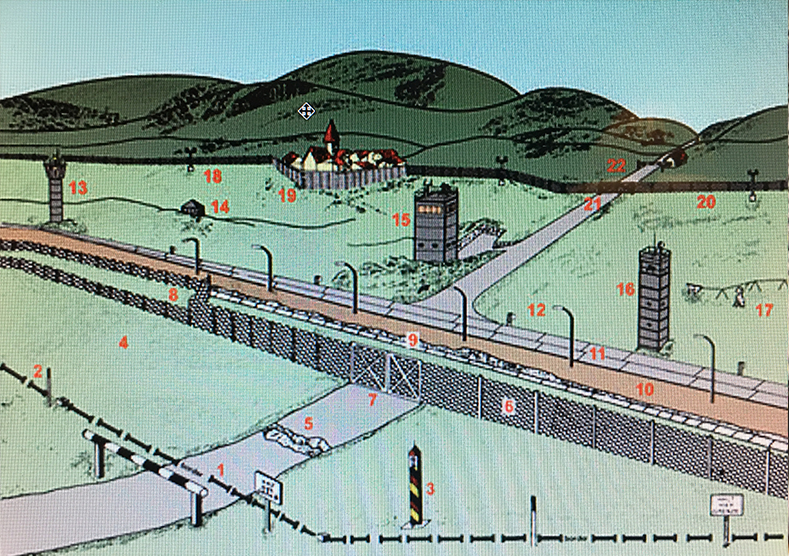 q) You will not find the built-up border between communist East Germany and capitalist West Germany, with barbed wire, clean raked sand paths, three kilometer, no-access zones behind the fences and armed guards just to keep their citizens captive. And East Germany had the highest standard of living in the Communist Bloc.

r) Light treatment of Russia suppressing revolt in Hungary in 1956 .

s) Light treatment of Russia suppressing revolt in Czechoslovakia in 1968,

t) Burma went from being the rice basket for South-East Asia in the 1960’s to an agricultural disaster under the “Burmese way to Socialism,” forty years later, is not even mentioned nor its oppression of its minorities and Burmese.

The GHS textbook is a Soviet-Russian Revisionist textbook and does not know what to do with the “rule of law,” versus it’s overriding aim to sully the United States by using class, race and ethnic based analysis to make the United States a huge disappointment, versus the bulwark of freedom that it has been and the world needs, warts and all.

u) The textbook does not dwell on the Communist Chinese invasion and annexation of Tibet.

So a GHS student attends a year of AP U.S. History and thinks they have learned something. They have been given a Soviet-Russian Revisionist view of history and most of the crimes of the twentieth and twenty-first century of the communists are glossed over or not even in the textbook. Our students have not been given the tools to value the “rule of law” versus “the rule of man.” What can be done to correct these glaring omissions?