A campaign for Connecticut’s Governor should take into account the outsized impact that China has had on our economy. Where manufacturing once made up 49.6 % of Connecticut’s economy in 1950 according to the report of the CT Office of Policy and Management, 16 September 2015, it had declined to 12.2% in 2010 and to 10.74% in 2014. (Wikipedia). A healthy economy requires a strong manufacturing base. We now learn that from our naïve approach to the modernizing China under Deng Xioping, the United States failed to adequately address the technology transfers and thefts by the Chinese over the decades. We now know that they are running a mercantilist system with coordinated policies to invest in; steal from; and, dominate industries here and in other countries. In the mid-1980s it was in the United States’ interest to help China recover from the abject poverty of the Communist economy and to strengthen a foe of the Soviet Union. Once the Soviet Union collapsed in 1991, the latter policy was no longer as pressing. Regardless, the general optimism towards China’s possible development as a market economy and transitioning to a more liberal political order has been dashed along with our manufacturing capabilities.

Today, our industries are under extreme pressure from Chinese businesses. While the typical Chinese “expert” lauded the reforms of the present dictator, President Xi Jinping, the reforms in 2015 were only to replace unreliable government officers with reliable members of the Communist Party. That would be a purge to ensure the primacy of the Communist Party into the foreseeable future. I had written this to the Wall Street Journal in August, 2015, but they did not publish it as they are compromised themselves. (Link to letter pg. 1) (Link to letter pg. 2) The WSJ has so many advertising and business interests that they cannot offer a candid view of what China is today. They would lose millions as would most major media outlets.

In 2010, Niall Furgeson, a leading economist and historian from Scotland and Harvard, wrote an engaging piece in the Wall Street Journal: In China’s Orbit. (Link to China’s Orbit) It had a generally positive spin on China’s prognosis and was written in a way reminiscent of the history texts I read in college. I disagreed with the major premise that China would inexorably roll forward. I wrote the WSJ and laid forth about 6-8 different reasons China had a more difficult path forward.. (Link to letter to editor pg. 1) (Link to letter to editor pg. 2) China’s dictatorship lacks legitimacy. The Chinese Communist Party has never held nor stood for a free public election. It is a dictatorship of the proletariat in its socialist phase. The macro bets are impressive with gleaming cities such as Shanghai, but as Japan did decades ago with Japan Inc., we have witnessed busts when government makes huge investments of capital in an industry, which is rendered obsolete by new inventions? China also has ruinous levels of air and water pollution and a questionable food supply. The elites educate their children abroad and even have mothers go to other countries to have their babies to achieve citizenship for their babies. While America has a shrinking work force. China has a bigger population problem twenty five years hence due to their one child policy. And she certainly does not have a political system to sell to the world as it is a tired dictatorship that could never face a free election.

How can Connecticut compete better? We need to lower the cost of electricity in Connecticut from one of the highest in the country. We should ensure a robust supply of natural gas to power our state’s manufacturing base. We should not ignore the job killing Administrative State. But let us continue with the mercantilist policies of China. 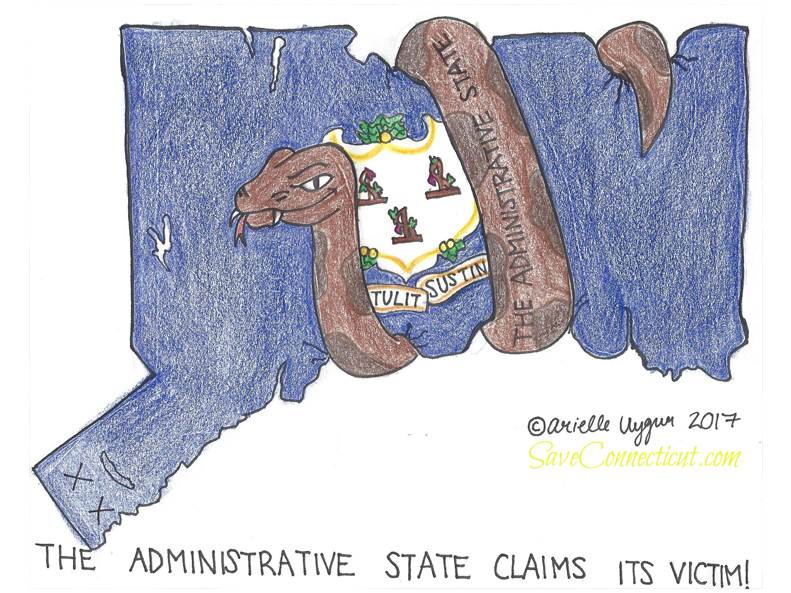 If you want to do business in China, the rules are not as welcoming as in the United States and Connecticut. According to Attorneys Heffels Spiegeler in January, 2015, there were four categories of industry: “encouraged,” “restricted.” “prohibited” and then all the rest which had not been categorized. There were 38 prohibited industries. And then there is the “Sino-Foreign” joint venture rule and the “majority Chinese ownership or Chinese party controlling” rule for another 15 industries. And then there were 35 industries that the foreign investor could only own 50% or less of. What obstacles did and do Chinese companies have from buying and investing in companies here? Few. Certainly some defense related industries would be off limits.

Besides the competitive pressure from products made in China, there is also the policy of some Chinese companies buying an American company; keeping its sales staff; but, shutting down its U.S. manufacturing operations, and substituting products made in China. This happened to medical supply and equipment manufacturer Datascope in Mahwah, New Jersey. They were acquired in 2008 and the Chinese parent shut down the U.S. manufacturing operations but kept the sales staff. It is now Mindray. This is not beneficial to U.S. manufacturing jobs. What if a Chinese company had to face the same requirements for doing business in Connecticut as a company faces in China? Would that reciprocity be fair? Would a company owned 51% by Americans be as quick to shut down U.S. manufacturing facilities and jobs? Trade must be fair.

We can welcome Chinese investment in Connecticut, so long as it is beneficial to Connecticut. For example, there are container ports in New Jersey, Texas, California and elsewhere to import to domestic markets and to export American goods. Does it make economic sense for a container port to be opened in New London? The harbor is deep. The waters are easily accessible from the Atlantic. The eastern side of the harbor has plenty of flat industrial land. The General Dynamics facility and the fueling facilities south of the Speedway terminal could be relocated. And the train tracks go right through New London. As explained in the article on Germany and Sweden, we are situated in the Bos-Wash megalopolis with 47,089 people and 20% of the U.S. economy versus the comparatively skimpy California with 39,497 people and 15% of the U.S. economy according to Wikipedia. Bos-Wash is a sizable market to service.[/vc_column_text]

And as we are on China, there has been some mention made of their “leading” under the Paris Climate accords absent the United States. It is an oxymoron to use China and improving our environment in the same breath. If you look at Beijing weather on your IPhone from time to time, you will see days of  “Very Unhealthy Air Quality” or “Unhealthy Air Quality for Sensitive Groups” for days on end. The Communist Party’s solution is to tell industry to leave something like a 20 mile circumference around the city and to pollute elsewhere in China. The water and air pollution in China are so bad that you don’t even want your children to learn Chinese to be posted in such a fetid environment. The Chinese elite sees it and has one foot out the door for their children, investments and themselves. 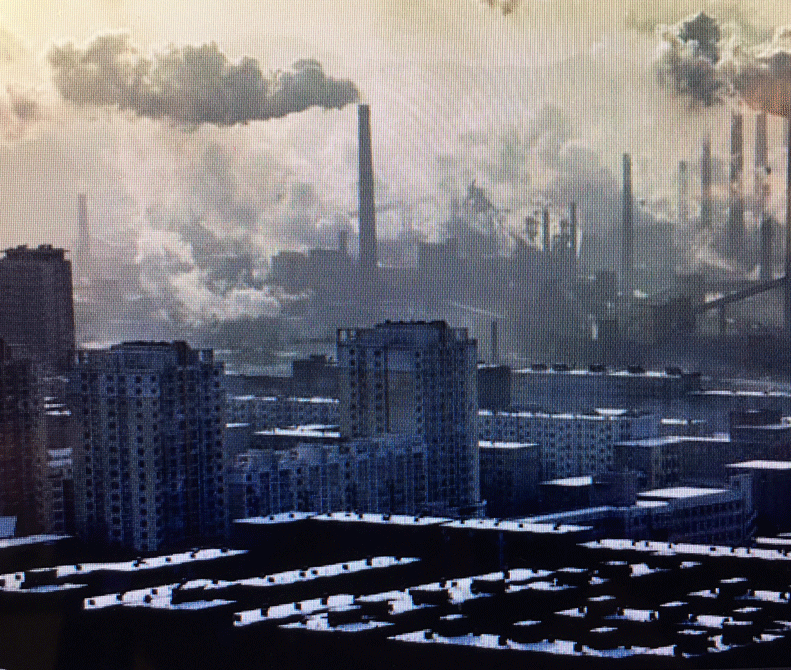 Do electric cars interest you? They are the cars that run on electricity generated by oil, natural gas, nuclear power, hydroelectric power, renewables and of course coal. Query whether the screen in the car should tell you when you are “burning” coal or natural gas based on your electricity zip code, which is most of the time? Connecticut has the good fortune to have the Millstone Nuclear Power plant for dependable zero carbon emissions electricity. So according to Holman Jenkins of the WSJ, the City of Tiayuan, China has enacted a rule that all local taxis be all-electric by 2021. How nice. Tiayuan is in China’s coal belt so you can be sure that all of the electricity for those electric cars will be generated by pollution belching Chinese coal plants. This favors Chinese coal versus U.S. petroleum now being exported to China to create U.S. jobs and help our balance of trade. 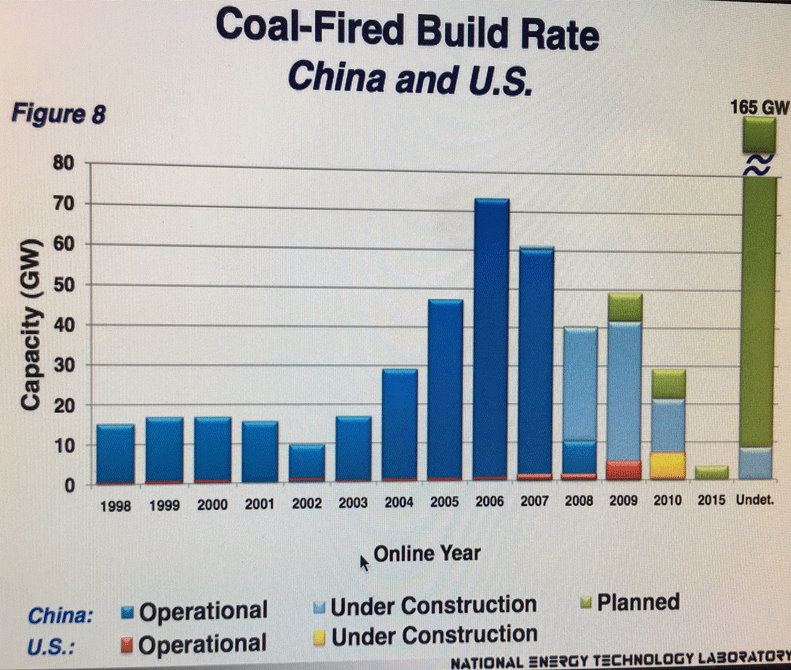 And speaking of the environment, have we forgotten the story of the 16,000 dead pigs in the tributaries of the Huangpu River that poisoned the drinking water for Shanghai in 2013? Sixteen thousand dead pigs in the river! 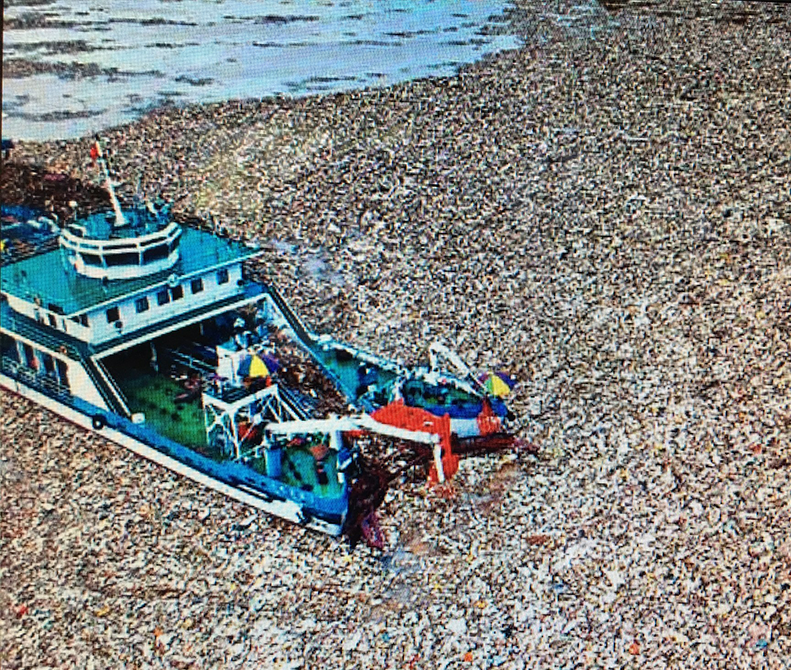 Then there is the poison building up behind the hydroelectric dams in China. Back in 1985 I took a beautiful river cruise over three days and two nights down the Yangtze River from Chongching to Wuhan. It went through the Three Gorges section of the River. It was spectacularly beautiful. The Chinese have now dammed the River and are generating electricity there. The area behind the dam is now a fetid morass of pollution. It is beneficial to the world that all this untreated pollution with cadmium and mercury may be partially caught in the silt above the dam versus being flushed into the ocean. Disregarding that millions of Chinese are without potable drinking water, it is an environmental disaster and part of the unguarded development in China that has taken many of our manufacturing jobs in Connecticut. China is no environmental savior.

Did I forget to mention the further degradation of the oceans by China via plastic bags and other plastic debris. According to the International Business Times, in 2010 8.8 metric tons of plastic were discharged down Chinese waterways into the ocean compared to .28  metric ton for the United States. That is 31 times as much for a smaller economy. They projected that would rise to 17.8 metric tons for China in 2025. We would be doing not just Connecticut but the world a favor by producing more in Connecticut. And what is the sustainability of shipping raw materials from the United States, such as lumber, scrap metal, scrap paper and plastic pellets to have them finished in China and then shipped back to the United States as finished products?