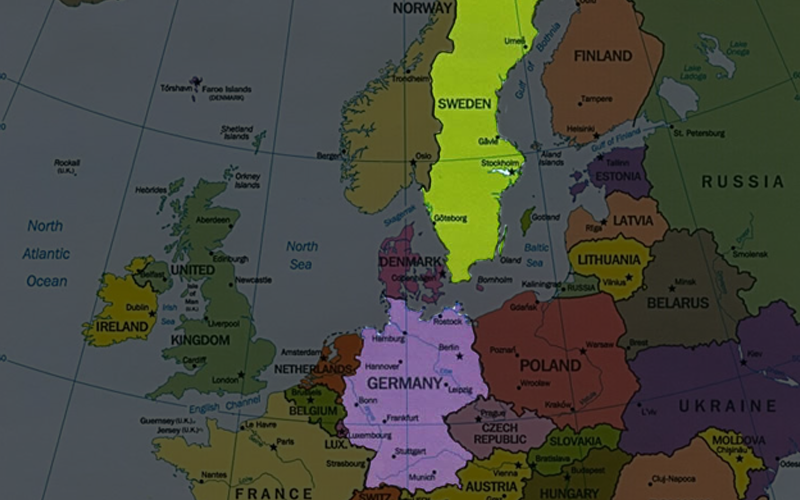 Both Sweden and Germany are advanced industrialized nations as is the United States of America. But they actually manufacture more stuff as a share of their gross domestic product, “GDP,” than we do in the United States or in Connecticut. We need to see if we can borrow some of their techniques and strategies to increase the share of our economy that makes things. It also begs the question on the sustainability of the status quo when raw material, such as lumber, scrap paper, scrap metal and plastic pellets, are shipped from the U.S. across the Pacific to be processed into finished products in China and then shipped back across the Pacific to be sold in the U.S. This does not even address the far lower environmental standards and labor standards practiced at Chinese manufacturing facilities. Take a look at your IPhone weather in Beijing from time to time. It will say “Very Unhealthy Air Quality,” for days on end or “Unhealthy Air Quality for Sensitive Groups.” Beijing’s Communist Party’s remedy is to order heavy industry to remove itself from something like a 20 mile circumference around Beijing and pollute elsewhere in China, thereby making life in Beijing more passable. If you have looked at a computer rendering of the smog coming off of China and wafting over Japan and the Pacific Ocean before dissipating, it will bring to mind the environmental degradation that comes with manufacturing in China.[/vc_column_text]

But before analyzing the differences in manufacturing between Sweden, Germany and the U.S., we should look at the apparent benefits of building stuff: trade surpluses and jobs!

One should appreciate that the majority of world trade occurs over the oceans. It has been the U.S. Navy in conjunction with it’s allies such as the countries that make up NATO, Japan, Australia and others that have kept the oceans safe for the free passage of ships. But mostly it has been Pax Americana.  The trade surpluses enjoyed by Sweden and Germany would not be possible without free oceans. So how has that defense burden been shared?

Connecticut and the United States needs to build and manufacture more things here at home. It is not passé nor a relic of the past but required for a robust and secure future for our state and country.

Consider that the United States had manufacturing at 16.215% in 1998 almost 20 years ago. Germany is still far above that at 23% today and is churning out budget surpluses year after year. We need to build more things here in Connecticut. And that comes with making Connecticut more competitive. Almost everything that we do at the State level we should ask: “How will this get us more business in the state?” The business of Connecticut should be business. Unfortunately the business of Connecticut has been government. That needs to change now. Clearly the present level of taxation will continue to push people out of the state which results in even fewer tax receipts, which makes for another round of budget impasses. Fairfield County has fewer financial jobs now and those jobs pay less. As a result, fewer tax dollars will flow to Hartford, which leads to more deficits. Leaving the present tax structure and nickel and diming fees in place will only force more people out of the state. Taxes actually have to be lowered to keep businesses and people here.

Connecticut is not located in the middle of country at a great distance from population centers. We are right here on the East Coast. In fact we sit in the megalopolis that was named Bos-Wash almost 50 years ago! According to the 2010 U.S. Census, 47,089,000 people live between Boston and Washington. This Bos-Wash megalopolis produces 20% of the nation’s GDP, (source: Wikipedia). If we compare that to fabled California, which would be the sixth largest economy in the world if it were on its own, California does not hold a candle to the East Coast. California has approximately 39,497 people and generates 14% of our national GDP. And it is geographically longer than the distance between Boston and Washington. Connecticut has the population and geography to be renewed, but we must make the business of Connecticut business!

We do not have to replicate Sweden and Germany’s manufacturing success, but we can embrace it. Consider that Sweden has a population of 9,921,794. (Source: worldpopulationreview.com). New York City has a population of 8,537,673. (Source: U.S. Census Bureau). Sweden has not given up on manufacturing and neither should Connecticut. With a population of almost ten million people, Sweden manufactures automobiles, long haul trucks, telecommunications equipment, pharmaceuticals, industrial machines, precision equipment, chemical goods, home goods, appliances, timber, iron, steel, agricultural products, jet planes like the Swedish fighter jet Gripene and Gotland class submarines. Germany has over 80 million people and manufactures just about everything.

Connecticut has much room to make up in manufacturing. In 2014 manufacturing was 10.7 % of our State’s economy. This should be improved. We are close to population centers. Is a container shipping port a feasibility in New London? Could enterprise zones in our larger cities encourage manufacturing? Would enterprise zones achieve a critical mass of infrastructure and supporting businesses to complement each other? How can we reduce the deleterious effect of the administrative state on starting and running businesses? How can the state get out of the way? How can the state facilitate new businesses and risk taking?