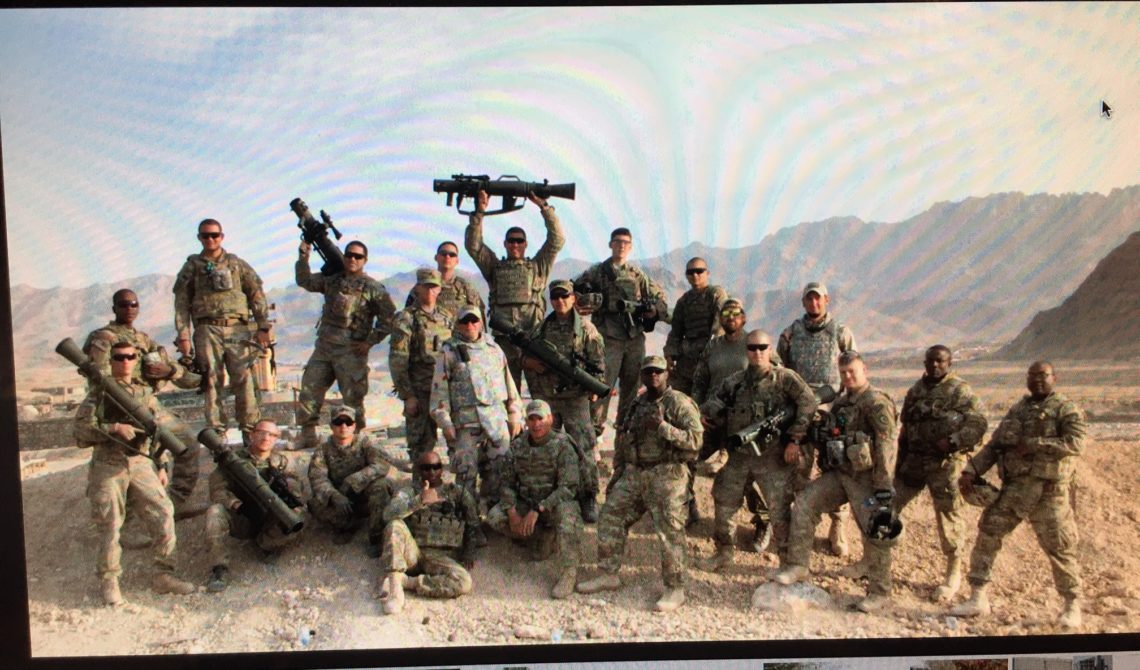 While some of us have served in the armed forces of the United States, the vast majority of us have not. The different branches of service all have different traditions, but there are some unifying themes of service and sacrifice for our nation and for each other common to all branches. These are our heroes who have taken up a job to defend us. While I only drilled as lawyer in the Army Reserve JAG Corps, I was able to glimpse a little of Army life in that time. I did serve overseas in the Panama Canal Zone numerous times as well as in Kaiserslautern, Germany and at Ft. Dix, New Jersey. During these annual trainings I was exposed to the Armed Forces Network television or its predecessor.

The military station would carry international news, American news but also news from the base. They might track the progress of the local schools’ sports teams. Perhaps there was going to be a change-of-command ceremony or some detachment was shipping out to somewhere for a deployment or training exercise? There were also war movies that might underline historical lessons from various conflicts or battles or would display a type of leadership or soldiering. But what struck me most were the informational spots aimed at young soldiers. The young soldiers would be advised on how to keep their personal area neat and clean; and, how to maintain and properly wear their various uniforms. There would be tips on hygiene and courtesy for other soldiers. There were also segments advising the soldiers to be aware of the used car dealerships right outside of the base. For many of these young men and women, this was their first time on their own. It may be their first check every two weeks. Wouldn’t it be tempting to buy a new or used car? Why not a V-8 motor or bigger horsepower? These are all natural things. The spots would tell the soldier not to spend their money all at one time; that they should save some of their money. They should be aware of managing their creditworthiness as it can impact them later when they want to buy a house or apartment. Don’t take on credit card debt.

These informational spots are done in a caring way. There are some young people in our state that may not have received some of these tips growing up. Why couldn’t we broadcast some of these military stations on cable television? They could be in the 200 channels. The Army could receive one-third of the advertising revenue for having provided the feed; the cable company could earn one-third for broadcasting the programs; and, one-third could go to private veteran, non-profit organizations. Perhaps Armed Forces Network could give us a choice of the feed to our bases in South Korea, Germany, Italy, Parris Island, South Carolina, Hawaii, etc.? The consumer would just pick the channel.

It could well become a “thing,” as we as a nation are allowed to participate in some of the daily life of the military. In addition, many young men and women might receive helpful pointers for their lives that they may not have heard at home? And what could be wrong with that?